Uber has faced countless reputation management  issues since it was founded in 2009, from customer service failures, to strategic price hikes, to driver pay and failure to fulfil the legal requirements for operation in some countries. In the last year alone, a video surfaced showing Uber’s CEO berating a driver and a former female engineer has charged the company with systemic sexism and harassment over her year-long employment. At the same time, Uber is still trying to field a court case alleging it stole some very valuable ‘self-driving vehicle technology’. 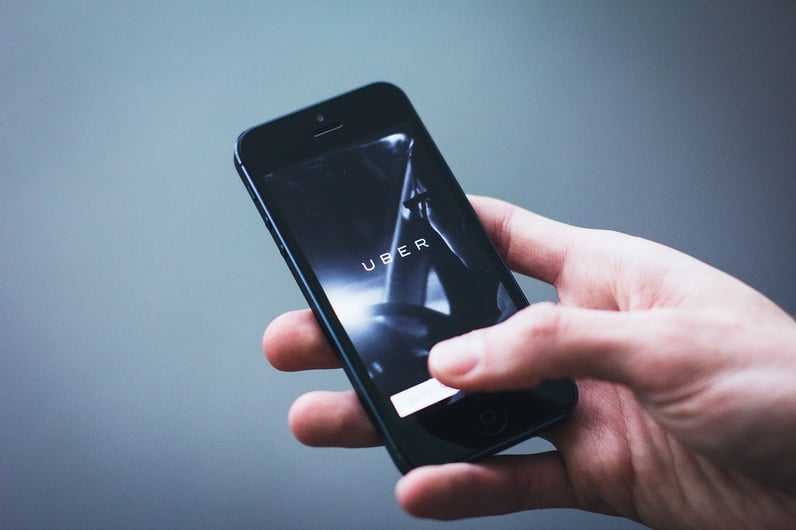 At Reputation Defender, we know reputation can make or break a business, especially a young start-up like Uber. As a serial reputation offender, Ubers growth and popularity should have been massively affected, yet the company continues to grow, perhaps not in spite of its problematic image but because of it. Uber’s model has many similarities to EasyJet, Ryanair and other cheap airlines: prices are so low in comparison to the competition that the company provides excellent value for money, even when other, less-positive aspects of the service are taken into consideration. London riders can travel from the city centre to any airport at half the cost, and since Uber’s not known for luxury, it’s easy for drivers to exceed customer expectations 99 percent of the time. Coupled with the superior customer facing software and convienience of service, Uber seem to be bulletproof.

Uber’s growth has relied on a combination of innovation and carelessness that is comfortable flouting standard ethical practices when it’s convenient. The key to the company’s global growth is that it fills a previously unoccupied business niche where there is a high level of demand. Uber had advanced technology that allowed customers to order and pay for lifts via a smartphone app while most competitors were still relying on call-centres and cash. Uber-rides are affordable to the average middle class worker on a regular basis and they’re much more versatile about where they go and when they operate than public transportation.

Uber Is Trying to Build a New Image

Uber appears to be at a turning point. The company’s brazen image worked well for a newcomer to the transportation scene. According to Adam Galinsky, professor at Columbia Business School, so far Uber has occupied the position of ‘challenger’, but as the company continues to grow, its ‘sense of competitiveness and brashness’ will ‘become problematic’. Is Uber set to turn into the next global tech giant or will it fail to make the jump that’s required to become a real tech leader?

There are signs that Uber is trying to adjust. In March, female leaders within the company held a press conference focused on addressing the recent charges of systemic sexism. Board member Adrianna Huffington assured the public that there would be no more tolerance for ‘brilliant jerks’ at Uber and the company would do everything in its power to promote an ‘equitable workplace environment’. Following the conference, Uber released its first diversity report detailing gender and race statistics on the company workforce, which turned out to be predominantly male and white. At the same time, Uber released its first financial statement, possibly as a means of highlighting the company’s one major selling point: a massive growth rate.

However, Uber’s finances have also been the subject of mystery and speculation. Uber has a reported valuation of around $70 billion USD and many people wonder why the company hasn’t yet decided to go public. As a private company, Uber has been under no obligation to release financial stats and before this year it had never done so, but leaked date has continued to show aggressive growth offset by equally large losses. 2016 was no exception and the company sustained at $2.8 billion loss.

For a successful public offering, Uber would have to show that losses are diminishing over time. Based on leaked data collected by Business Insider UK, it’s not clear that this is the case. It appears business slowed over the last half of 2016, but this could be the result of Uber selling its Chinese branch. Net revenue, the amount Uber collects from each ride, is about 20 percent and it has shown consistent positive growth. However, fare price does not cover the cost of a trip and Uber is still heavily subsidising each ride.

Uber’s pattern isn’t unusual. Most tech start-ups begin with immense growth offset by equally large losses. However, Uber’s losses don’t seem to be declining and in some periods they amount to more than 100 percent of net revenue. This has prompted some to say the Uber business model is untenable. The company will eventually either go bankrupt or be forced to raise fare rates substantially. However, when Uber’s losses are calculated as a percentage of revenue there does seem to be a pattern of decrease. It’s possible that Uber is such a huge global empire that it takes longer for losses and revenue to balance each other out.

What is Uber’s Future?

It’s hard to say if Uber is so unique it defies every business model, or if it’s set for failure. It’s obvious that investors will eventually require the company to diversify, just as other giants like Google and Facebook have done. Is a low-cost Uber-style airline a possibility, or will the company focus on becoming a leader in self-driving technology? Either way, attracting talented employees will become more and more challenging without major adjustments in the company culture. It’s easy for female leaders to promise change, but it’s less easy to restore confidence in the organisation.

Yet lack of consumer confidence has never hurt Uber in the past. The company plays by a different set of rules, like a handful of others that have gone on to develop a massive global presence. As a reputation model, Uber is a terrible example, but when it comes to proving that good reputation is an important part of success, it may just turn out to be the exception that proves the rule.