The Cost of Envy – How Safe Is Wealth Flaunting on Social Media? 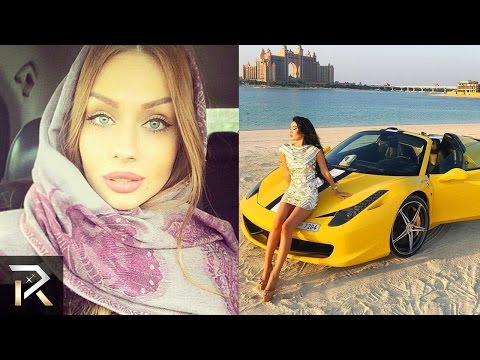 The Rich Kids of Instagram is a social media account aimed at showing off the lifestyle of the super-rich. Over three years of activity, the page has amassed more than 150,000 followers and is filled with photos displaying unabashed luxury. Private pools and personal helicopters mix with giant bottles of the most expensive alcohol available, alongside stacks of money. Young attractive people, often scantily clad, pose nonchalantly in front of properties worth millions.

RK of Instagram has spawned a host of offshoot accounts showcasing wealth around the world. RK of Britain boasts 88,000 followers with recent posts that display carefree young people escaping the cold weather in tropical vacation homes. RK of London is another site followed by some 25,000. Other RK accounts focus on wealthy youngsters in Russia, Turkey, Saudi Arabia and even Iran.

Who Are These Rich Kids?

RK of Instagram stretches the term “kids” to include wealthy personalities such as poker player Dan Blizerian and actor/model Danny Agha. It also hosts pictures posted by young stars on US reality show, RK of Beverly Hills. Most British pages don’t include personal identification; RK of London claims to accept submissions from wealthy Londoners via Facebook, Snapchat and email. It’s likely that not every picture posted to RK accounts is legitimate, nevertheless the prevalence of these pages shows a growing trend toward using social media as a bragging arena. This is often carried out by the youngest and most vulnerable members of society who lack the wisdom to know better. The Facebook page “What Private School Students Snapchat” shows ostentatious posts from mere teenagers, often accompanied by captions showing where the picture was taken or describing future vacation plans.

What Is the Risk?

At Reputation Defender we discourage clients from posting pictures publicly. Any image available on the internet is a privacy risk, especially those which are obviously intended to attract intention and incite jealousy. Pictures posted anonymously on an RK account can be more traceable than one might think. Many photos automatically tag geolocation, allowing thieves to pinpoint where the picture was taken. Others may link back to a personal Facebook page or be duplicated elsewhere on the web in a traceable location. Face-recognition software can also help to trace the real-life identity of people in the picture.

The internet inevitably leaves traces that are discernable to an expert and many criminal hackers have a surprising amount of skill and perseverance. Any hacker, given enough time, will probably be able to access your accounts, track your identity and pinpoint a likely place to find you. All that is needed is the motivation to attack a particular target, which is exactly what wealth flaunting-pictures provide. A criminal will feel it’s worth the time to plan a strategic and complicated heist when there’s a massive payoff at the end of it.

Wealth Targeting Is Not a Myth

The recent robbery of Kim Kardashian-West in October is one real-world example of a celebrity who was targeted for her wealthy assets. Two-men dressed as policemen broke into a Paris apartment where Kardashian-West was staying and reportedly stole jewelry worth almost 9 million. Kardashian-West was “unharmed”, although “badly shaken”. On October 24th, the Paris chief of police still expressed confidence in his force’s efforts to solve the case, but as of yet there is no word that the suspects have been found.

Kim Kardashian-West was targeted for her wealth - which is a big part of her celebrity reputation. Individuals who display extensive assets on social media invite the same threat and may be even easier to target without the security personnel that usually accompany a known celebrity.

Robbery is not the only danger associated with wealth targeting. Web-criminals can often trace an individual’s daily habits through images and social media posts. In the event that assets such as jewels aren’t readily available, a thief may decide to track the person’s location, kidnap them and demand a ransom. If the kidnapper knows the family has the resources to pay a considerable sum to protect their loved one, they will be encouraged to charge an even more exorbitant ransom price.

There can also be additional risk associated with posting pictures internationally. Pictures may flaunt certain activities which are illegal in the country where they were taken, such as drinking alcohol in a Muslim country. The Iranian account, RK of Tehran captions itself as “the stuff they don’t want you to see about Iran”. There has been questioning over the origin and authenticity of the pictures, however MailOnline recently communicated with the account’s administrators who claim the images depict real young people who prefer to remain anonymous. Like other RK pages, RK of Tehran shows youngsters in bikinis drinking alcohol, both of which are illegal in Iran. The account owner assured MailOnline that these activities took place outside of the country, but a brief hiatus in posting in 2014 suggested that the account may have run into trouble with the authorities.

This might not sound that relevant to wealthy Europeans, but rich young people on vacation in Saudi Arabia, where alcohol is also illegal, might want to think twice about posting pictures of themselves drinking champagne. Tourists and travelers who disrespect religious practices and break local laws won’t necessarily be protected by their home country.

Posting any kind of personal pictures on the internet is unwise, but those that display ostentatious wealth are especially dangerous. Thieves and hackers are already combing the web for any piece of information they can use to their advantage and these images are an invitation to attack. Even if personal identity seems protected, there may be ways of tracing its origin that you haven’t even considered. It’s better to refrain and share the picture privately with people you trust.

Posted on 06 February 2017 by Christina Hamilton