The latest ‘right to be forgotten’ case focuses on an Italian businessman, Salvatore Manni. Manni’s former company filed for bankruptcy in 1992. The company was dissolved in 2005, but the liquidation remains on record at the Lecce Chamber of Commerce. Manni has since gone on to head a new business that constructs and sells tourist properties, but he alleges his lack of success is tied to the prior record, which is easy for buyers to access.

The Italian court originally ruled in Manni’s favour, calling on the Lecce Chamber of Commerce to remove or block data linking his name to the bankruptcy. However, the European Court of Justice, the highest court in the EU, recently reversed that decision. The European Court of Justice found that company registers contain only limited personal details and this information should remain public to ensure legal standards for business transactions and protect third parties.

The court left some room for individual countries to make alternate decisions on a case by case basis, where there are compelling or legitimate grounds for supressing data. But in general, the ruling limits the ‘right to be forgotten’ in relation to business, which is considered to be a matter of public record. 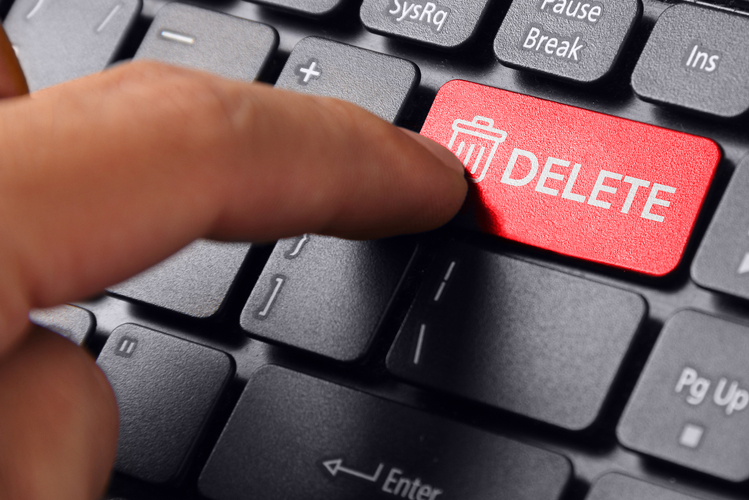 Should Past Mistakes be Forgotten?

The internet is notorious for memorialising past events and this has made it much harder for individuals to move on from mistakes and misfortune. ReputationDefender’s online reputation management services address this problem by creating a positive online profile that helps counterbalance negative stories. However, there’s a growing belief that individuals should have the right to control their own personal data on search engines, even to the point of removing negative results which are out of date.

The EU’s right to be forgotten was established in 2014 when the European Court of Justice ruled in favour of a Spanish man who wanted to remove Google results related to the 1998 repossession of his house. The court found that under existing data protection laws, Google had the responsibility to delete data that was inadequate or no longer relevant at the request of the subject.

The ‘right to be forgotten’ has since spread to other countries. In India, the Karnataka High Court recently ruled in favour of a woman asking that her name be removed from a previous criminal order and establishing a precedent for the suppression of identifying details in sensitive cases (such as rape) that could be detrimental to the reputation of the person concerned.

In 2014, the European Court of Justice left open the possibility that public interest could make a case against deletion in some instances. The current ruling fits this profile since purchasers have a ‘legitimate’ interest in Manni’s record as a businessman. According to the court, a company’s legal relations continue to exist for an extended period of time after its dissolution and registry data may be necessary to determine the legality of decisions taken while the company was in business. With this new decision, the European Court of Justice has defined the ‘right to be forgotten’ more narrowly, in terms of personal information related to private individuals. Actions taken as head of a business remain part of the public domain.