Negative SEO can Hurt Your Reputation 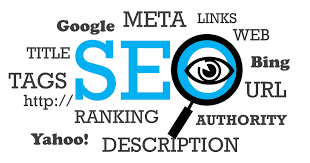 In the early days of the internet, Black Hat SEO techniques like link farming and keyword stuffing were common, but today Google’s algorithms discourage these manipulative practices and penalise sites that use them. Positive white hat SEO that increases ranking slowly through organic traffic and genuine links has become the norm. However, as it’s grown less and less profitable, or possible, to trick Google’s algorithms into ranking a substandard site, a new type of black hat SEO has evolved.

Today’s negative SEO is directed against competitors’ websites. Sites targeted with black hat techniques may be penalised by Google since it’s not always obvious where these elements originate. They may lose their page ranking or become entirely non-indexed. A negative SEO attack can seriously damage a company’s online reputation, especially if it isn’t discovered right away and the site remains invisible to customers for an extended period of time. Google partially addressed the issue at the beginning of 2017 with the Penguin 4 update which changes the penalty for spam links to avoid demoting the entire site. However, hackers and online criminals still have many way to attack a website through negative SEO and given the immense competition for keywords, there is increasing incentive to do so.

These are five common ways spammers can use negative SEO to attack a company’s reputation.

Protect Yourself Against Negative SEO

It’s not always possible to prevent negative SEO attacks, but by monitoring the site regularly, you’ll be able to spot problems early and prevent the most serious reputation damage. These are some of the warning signs that your company may have been hit with negative SEO:

Negative SEO is only one of the many reputation threats on the internet. Business owners who want to build a strong reputation need to take as many precautions as possible to keep the site secure and spot problems before they result in search engine devaluation.

Reputation Defender offers professional assistance with reputation management for companies and individuals. We can help your organisation protect against or recover from a negative SEO attack. Visit our website, or contact one of our experts to learn more.

Posted on 28 September 2017 by Tony McChrystal