Reputation matters for everyone, but it’s even more important for someone in a leadership position. As head of a company, a CEO’s reputation is closely connected to the brand. A positive reputation allows a CEO to enhance the company’s standing within the industry and makes it easier to move past issues that might otherwise cause reputation damage. On the other hand, negative material about the CEO can hurt the entire organisation.

Leaders today are under constant scrutiny. Minor mistakes and misinformation have the potential to go viral on the internet. Most CEO’s already know the importance of reputation as an individual, but they may not be fully aware how much their personal reputation can impact the brand’s performance. A global survey of executives conducted by the international public relations firm, Weber Shandwick, found that about 45 percent of a company’s reputation depends on its CEO, while about 44 percent of market value comes directly from the CEO’s reputation. This puts a lot of pressure on top level executives to build and maintain a positive online reputation. Anyone interested in a CEO position will have a much better chance of being considered if their reputation is already established, while existing CEOs can create positive change within their organisation just by improving their own reputation. 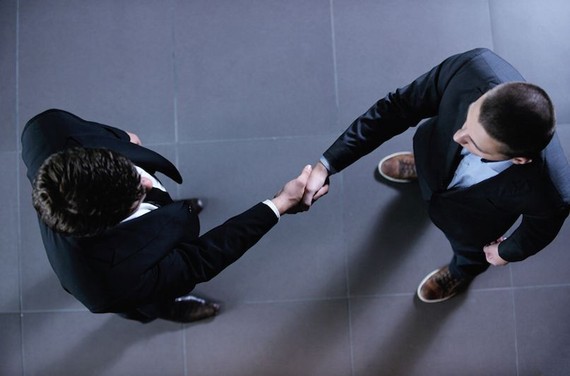 CEOs can’t afford to be invisible. This position is increasingly about star power, about being able to remain in the limelight and attract positive attention. Today’s top executives won’t succeed by hiding behind the brand’s name and quietly directing the organisation from the side lines. On the contrary, they have to be front and centre, putting their own name behind the brand to give it more credibility. A stamp of approval from a well-known personality acts to reassure customers and investors on an emotional level and can be much more effective than a theoretical explanation of the company’s assets.

To be successful, CEO’s need to establish their own reputation for competence and trustworthiness within the industry. They should present clear online evidence that supports their leadership skill and ability to act as a custodian of all stakeholder interests, customers, employees and investors. People researching the brand need to find positive content about the CEO’s overall career, and about his or her continuing work to improve the company in terms of business acquisitions, social responsibility and overall corporate citizenship.

This means executives need to put considerable effort towards creating and maintaining a positive online reputation. The CEO’s personal reputation should be closely correlated to the brand’s overall message, so that online content about the company’s leader verifies the accuracy of claims put forward by the brand and vice versa. At Reputation Defender, we work with clients to create and manage online reputation for businesses and individuals. We help young professionals build their profile from the ground up and structure it toward supporting their future career goals, and we work with experienced executives to expand their online presence and suppress negative stories from the past.

Brand Reputation Depends on Many Factors

Weber Shandwick’s research showed that the ‘quality of products or services’ and ‘financial performance’ are the top two factors affecting a company’s reputation. These are typically followed by marketing, innovation or industry. However, the CEO’s reputation figured among the top six factors for all the sectors studied (consumer, healthcare, finance, technology, science/engineering and travel/tourism). Additionally, 50 percent of the executives surveyed believed that CEO reputation would have a bigger impact over the next few years.

Most executives believe that corporate branding is becoming as important as product branding. Corporate branding refers to promotion of the organisation on a broader level, across such areas as corporate identity, culture, and employment practices. Today’s customers don’t just want a quality product or service, they want to feel they are investing money in an organisation or cause that promotes well-being for everyone involved. Marketing the CEO’s personality is an important part of this integrated approach.

Advantages of a Positive CEO Reputation

There are also personal advantages for the CEO. A study conducted by two researchers at RMIT University in Australia found that a CEO’s reputation had a ‘positive significant effect’ on his or her ‘remuneration’, even in periods of ‘economic turbulence’ like the 2008 financial crisis. In other words, CEOs that work hard on building and maintaining their standing within the industry are likely to achieve a higher pay scale that those who are not well known or have negative material attached to their profile. This makes sense, given that the CEO’s personal reputation is a valuable asset that is worth considerable investment to retain.

What Does This Mean for CEOs?

It’s obviously important for CEOs to cultivate leadership skills and make responsible choices for themselves and the company, but not every reputation issue can be seen or prevented. Hackers will expend more effort to gain access to personal data from high profile individuals and targeted phishing attacks can be hard to see through. With so much at stake, company leaders need a back-up plan. Professional reputation management and privacy protection services can provide this by building a stronger online profile and minimising the likelihood of leaks. For more information, contact our reputation specialists at Reputation Defender.