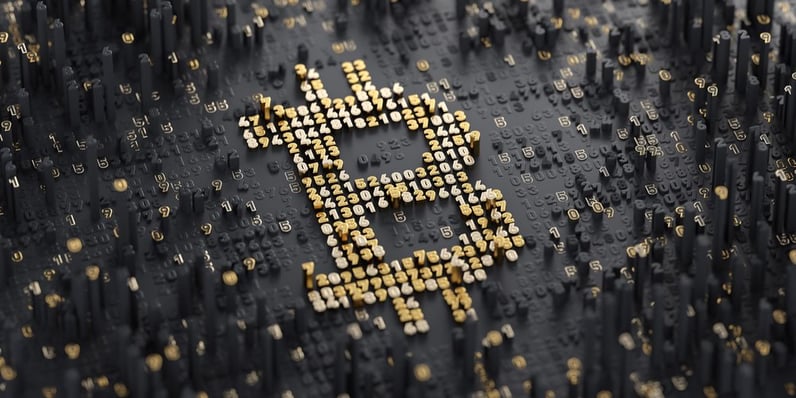 Bitcoin has struggled through multiple reputation setbacks since its introduction in 2009, and 2018 isn’t shaping up to be much better. Last year, Bitcoin’s value rose steadily through November, reaching an all-time high of around $19,000 USD in December 2017, but since then it has fluctuated widely with a marked fifty percent drop in January 2018. Some digital currency experts have pointed out that Bitcoin and other cryptocurrencies saw a similar decline in January of 2017, reportedly caused by people in Asian countries converting their bitcoin to government-backed (or fiat) currency as they prepare to celebrate the Chinese New Year. However, after a year of steady increase, many people fear the Bitcoin bubble is about to burst. Is this the end of the world’s first cryptocurrency, or just another bump on the road to legitimacy?

A Brief History of Bitcoin

In the wake of the 2008 financial crisis, early enthusiasts hailed cryptocurrency as a way to decentralise financial transactions and remove the costs traditionally associated with a middleman. Bitcoin is still a democratic organisation with decisions made communally by so-called ‘miners’ who process and record transactions on the public ‘blockchain’ ledger. Yet at the same time, the direct peer-to-peer nature of these transactions has made it an easy vehicle for criminals who want to transfer money anonymously, and many people still associate Bitcoin with ransomware payments and shady online drug operations.

In spite of Bitcoin’s reputation issues, digital cryptocurrencies are becoming more and more common. There are now more than 1,300 in circulation and Cambridge University estimated that as many as 5.8 million people relied on a virtual cryptocurrency wallet in 2017, with the majority of them still choosing Bitcoin. As Bitcoin’s value rose over 2017, investors are increasingly seeing it as a viable alternative to gold and fiat currency.

However, with success has come new problems. Reports of exorbitant transaction fees (as much as $16 USD to transfer $25 worth of Bitcoin) have limited the currency’s usefulness for small everyday payments.  Meanwhile, problems within the system mean that transaction processing times are excessive at certain times of the day or week. A split as to how best to address these issues has rocked the Bitcoin community, leading to recent offshoots like Bitcoin Cash (BCH) which has cheaper, faster transactions than traditional Bitcoin, but considerably lower value.

How Does Bitcoin Work?

The technology behind Bitcoin and other digital currencies was created by an anonymous person or group of people going by the name of Satoshi Nakamoto. With no physical currency, transactions are recorded in a public ledger, called a ‘blockchain’. Individuals paying or receiving Bitcoin have both a public and a private key. The public key serves as an address to which others can send currency, while the private key is cryptographically protected and acts like a PIN to access the virtual account. The process of recording transactions is controlled by ‘miners’, companies and individuals who invest in Bitcoin technology and subsequently profit from transaction fees as well as the release of new bitcoin. While fees are theoretically optional, miners choose which transactions to process first and will almost always pick those with a higher payoff.

As the mining network has grown, the value of Bitcoin has multiplied and the transaction process has become infinitely more complex. Over the life of Bitcoin, the computation difficulty of mining has jumped from 1 at Bitcoin’s inception to 4.24 billion in 2017. Today miners need advanced computing power and specialised hardware to complete transactions. The ever increasing difficulty level has added to Bitcoin’s value, which jumped at least 1,400 percent over 2017, while the power of the mining network expanded threefold over the same time period.

Bitcoin has at times been used by criminals, but it’s far from the shadowy underworld currency many people imagine. Several high-profile cases have contributed to this negative reputation, namely the underground drug network, Silk Road, which relied on Bitcoin to process transactions from its creation in 2011 until it was brought down by the FBI in 2013. More recently ransomware (computer viruses that encrypt files and hold them hostage until a ransom is paid) frequently demand payment in bitcoin.

However, some well-publicised criminal links have never been fully proven. A 2015 article from Fox News, which claimed ISIS used Bitcoin to move money for terrorist operations, was later disputed by a report from Europol. Europe’s top law enforcement agency said there was no ‘confirmed evidence’ that ISIS held large amounts of bitcoin; more traditional prepaid credit cards were found to be the most common method of finance during the 2015 attacks on Paris.

Bitcoin exchanges now have the means to trace criminal activity using a new tool called Chainalysis. Typical Chainalysis of a Bitcoin blockchain shows that transactions toward illegal accounts represent only a tiny portion of the total activity on the ledger. Meanwhile, the entire Bitcoin economy is much smaller than the international network of illegal drugs, not to mention other criminal organisations. Cryptocurrency may be one of the many tools criminals use to exchange money, but so is traditional currency moved through banks and credit cards.

How Secure Is Bitcoin?

Almost ten years after its inception, Bitcoin’s founder or founders still choose to remain anonymous. While this may be in part a tactic to avoid publicity, it’s also a way of protecting assets. Based on early activity from 2009, it’s believed that the first bitcoin miners hold around one million Bitcoin, a fortune that could run into the billions depending on Bitcoin’s current value. Since a large portion of this probably belongs to the author of the anonymous Satoshi Nakamoto white paper, knowing the identity of this individual or individuals would invite targeted attacks. A Bitcoin wallet’s cryptographically encoded private key remains relatively secure from hackers, but if it is obtained, either through online spying or from a physical location, bitcoin becomes almost as easy to steal as cash.

For the average anonymous user, Bitcoin’s cryptographically encoded system remains relatively secure. Scams have occurred - most notably MtGox, a large Japanese bitcoin company which closed in 2014 after losing approximately 850,000 of its customer’s bitcoins - but evidence suggests that MtGox’s missing bitcoin was stolen straight from the company’s wallet rather than via external hackers. Incidents like MtGox have hurt Bitcoin’s reputation, but they don’t represent the entire network any more than a single mismanaged investment company is representative of the entire banking industry.

For investors, Bitcoin remains a high-risk, high-reward proposition. Bitcoin isn’t backed by any government, so it’s hard to predict spikes and drops based on traditional factors like GDP. Liquidity also remains a problem, although some new cryptocurrency wealth management companies are beginning to change this and make Bitcoin more attractive to the traditional ETF (Exchange Traded Funds) focused investor. With increased liquidity, Bitcoin might yet become a strong vehicle for investment, but first it must overcome its current volatility and prove there are recognisable patterns in its value changes.

The Future of Bitcoin

In terms of reputation management, Bitcoin is a unique and interesting case study. The anonymous founders obviously didn’t think much about image building. As the first of its kind, Bitcoin’s reputation was based on novelty, and it has continued to gain ground in spite of some negative associations. Now, however, the field is more competitive, with many other cryptocurrencies on the market. Bitcoin’s high value still makes it attractive, but a reputation for instability and volatility is holding it back.

The first cryptocurrency is in need of a reputation makeover, one that puts the longstanding criminal association to rest and defines it as a more legitimate, mainstream currency. If Bitcoin can gain stability and inspire confidence over the coming year, investors will begin to see it as a valuable asset. On the other hand, if its value drops too much or too fast, even loyal followers may begin to question Bitcoin’s viability.

It’s clear that reputation management is always important, even with ground breaking technology like cryptocurrency. Without a strong positive reputation to fall back on, Bitcoin risks being supplanted by newer digital currencies that have worked around some of the issues and spent time building a name for reliability.

If you’re marketing a new technology or a new way of doing things, don’t wait until it’s too late to startbuilding a reputation. Contact ReputationDefender and find out how we can help you build a positive image from the beginning

Posted on 31 January 2018 by Tony McChrystal