A Brief History of Reputation Management

What People Think of You Has Always Mattered

Since the early 21st century, several studies have highlighted reputation as a driving force behind the success of Fortune 500 companies. In the past, a business's reputation has depended on personal interaction and physical presence. However, with the growing power of the internet and the quick development of social media, focus has shifted to online reputation over the last 10 years. The internet offers a platform where information can be created and shared easily, and reputation can change almost overnight as stories go viral. 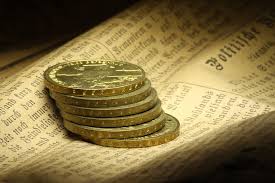 Reputation has existed as an identity influencer almost as long as there have been humans. Reputation is a social construction that represents the opinion of others about a person, business or other organised group. The effect of reputation has been studied in both competitive and cooperative environments, anywhere individual success depends heavily on group interaction.

Social scientists continue to debate the role of reputation-based status in influencing cultural norms and societal development. A 2016 academic study published in MIT identified the closely related concept, ‘Identical Reciprocity’, as one of the underlying factors intrinsic to basic human morality. IR ‘dictates’ that working with ‘good’ or well-reputed partners directly influences an individual’s own reputation, thus maintaining a common standard for acceptable, or moral behaviours. In a small geographically-localised group, such as a village or a tribe, transgressing a single norm could have a big effect on an individual’s ability to work with others and succeed.

Other research shows that even in modern culture it’s the opinion of the intimate social group that holds people accountable. Fear of exclusion from this circle influences individuals to take actions that will maintain their personal reputation by furthering the general good. This holds true for business reputation as well; modern companies are encouraged to adopt socially conscious policies as a means of developing trust among clients and employees.

The founder of ReputationDefender, Michael Fertik, was one of the first people to identify the relationship between the internet and reputation. After graduating from Harvard Law School, Fertik worked briefly as a clerk for the United States Court of Appeals. Part of his job involved reviewing recent cases of cyber bullying, a problem that was just beginning to be recognised at the time. Fertik was struck by the ease with which anonymous information could be spread on the internet. “Anyone could say anything about anybody with impunity” he pointed out. “Right or wrong, true or false - it didn’t matter.”

As Michael Fertik became aware of how easy it was to destroy a reputation online, he realised it was important for individuals and businesses to find ways of controlling how they were represented on the internet. When Fertik founded ReputationDefender in 2006, the field of ORM  was virtually unknown. The company was designed to cater to parents concerned about their children’s internet reputations, but right from the start ReputationDefender began to attract professional clients and businesses. The online forum was already beginning to be a factor in career development and brand success. This role has continued to expand through the development of social media platforms and internet review sites.

Michael Fertik’s experiment in reputation management was immensely successful. Forbes Magazine credited him with basically inventing the sector of online reputation management and TechAmerica named him ‘Entrepreneur of the Year’ in 2010. ReputationDefender is still the global leader in quality ORM services for businesses and individuals, but companies all over the world have followed Fertik’s lead and the field has expanded considerably.

ReputationDefender’s ORM services offer businesses and individuals the freedom to define themselves online. Experts in reputation management work to control organic search results using white-hat SEO techniques to optimise content and design a Search Engine Result Page (SERP) that presents positive, fact-based information about the client. Content building efforts create professional articles and blog posts at a high enough volume to counter negative and defamatory stories. As the campaign gains traction, these results will rank on the first page of the SERP, displacing reputation damaging stories onto later pages where they are less visible. ReputationDefender’s privacy services also work to limit data leaks and protect sensitive information that could hurt a client’s reputation if it became public.

ORM Is More Important Than Ever

The power of the internet continues to grow. Today, search engines are the go-to research tool for customers who want to learn more about a business. HR recruitersregularly Google applicants as part of their selection process. Concerns over the amount of personal data on the internet are forcing countries to adopt new laws aimed at limiting access and returning control back to the individual. Meanwhile, recent stories which suggest so-called ‘Fake News’ results may have influenced the political process in the US and elsewhere show just how right Michael Fertik was when he realised the problems linked to disseminating false information online.

Reputation has always been important, but it’s more important now than ever before. Businesses and individuals need to take proactive action to build reputation capital so that, when problems do occur, the damage remains minimal. With internet publicity in play, the risk of ‘exclusion from the group’ is just as great as it was for early human micro-societies. Yet this damage can now take place on a large scale, driven by information that is false and misleading. ORM  can set the record straight by presenting a different, positive viewpoint.