A 21st Century Campaign against Cybercrime

New statistics on cybercrime in the UK have turned out to be higher than expected. The Office of National Statistics (ONS) recently released figures that show 5.8 million instances of online crime in the previous year, up from an estimate of 3.8 million last October. Combining cybercrime with offline offenses actually doubles the crime rate in some parts of the UK, especially England and Wales.

At Reputation Defender we deal with unethical and illegal conduct on the internet on a regular basis, but many people may be surprised to learn just how many people are affected by online fraud. In the past year, one in ten adults in the UK has been the victim of an online offence, including infection with harmful malware, stealing of financial credentials, and online purchasing scams. The yearly cost of online crime is estimated at £193 billion. 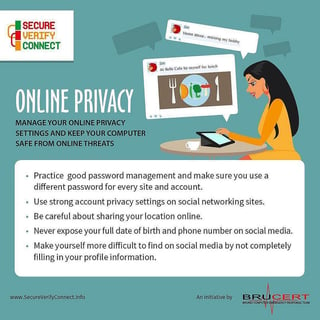 Too many cases to investigate

According the Chris Greany, economic command head of police in the City of London, prosecution of online criminals is becoming “increasingly successful” with most “serious offenders” being “targeted” and caught. However, given the sheer volume of online crime and the fact that it continues to grow investigating each instance is becoming impossible. About one million cases were logged with ActionFraud, the online site for reporting cybercrime in the UK, and with about 50 percent committed by individuals outside the country, identifying and tracking the perpetrators is becoming more and more costly.

In the wake of the latest figures, UK’s police chiefs are collectively calling for a new awareness campaign on the effects of internet fraud. Likening the effort to the push for seatbelts and drunk driving awareness in the late 20th century, Greany believes both individuals and business need to learn how to better protect themselves online. Creating a more “internet-savvy” society will help to reduce the number of low-level offences that often pass under the police’s radar. As we commonly tell our clients at ReputationDefender, online safety has become almost as important as physical safety, the virtual equivalent of locking your front door.

Meanwhile, police are also pledging to do more. Peter Goodman, lead cybercrime expert for the National Police Chiefs’ Council, says “the priorities for law enforcement are to make the UK a hostile place for cybercriminals” by raising response standards among local police forces and increasing aid to victims who come forward. Cybercrime began as a novelty, a unique specialisation for police, but, as these latest statistics show, it’s now one of the most common crimes in the UK. Police are responding accordingly with organised cybercrime departments and highly qualified individuals capable of tracking cybercriminals quickly and effectively.

Posted on 09 September 2016 by Christina Hamilton