8 Ways to Successfully Damage Your Reputation 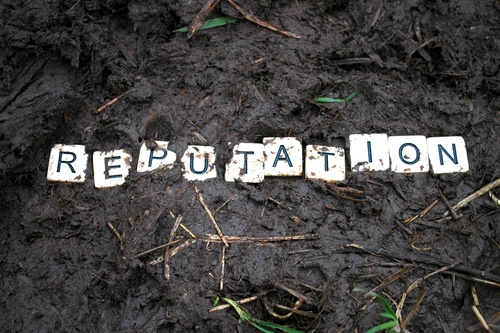 Reputation is fragile. A single misstep, even just a badly handled customer complaint, can bring the most carefully built reputation crashing down. Many big name brands have found themselves trapped in a bad publicity vortex after a negative story was captured by the popular imagination and went viral. Smaller businesses may be less likely to find their mistakes on the national news, but they can be just as vulnerable with less resources to combat the situation and less reputation capital to fall back on.

At ReputationDefender, we know it takes time and effort to build a positive online profile. Ruining your business’s reputation, on the other hand, is surprisingly easy. There are numerous ways to run amok of public opinion and make it look like the image you’ve been projecting to customers has been a lie all along.

Here are eight sure-fire methods guaranteed to derail the most carefully planned ORM campaign, as well as some companies that have put them to good use.

Customers are the lifeblood of any company whatever type of service or product you’re offering. Even in a business to business scenario, satisfied clients are the company’s most valuable promotional tool and they shouldn’t be underrated. There are all sorts of ways to let customers know they’re not your first priority, whether it’s by ignoring what they have to say, failing to offer refunds or compensation, making contracts so complicated it would take a licensed law professional to understand them, or enticing new customers with great promotional deals while long term patrons watch their rates rise.

When customers are not happy or satisfied, they are quick to make their voices heard, and one person with a real grievance can attract a lot of attention online. Back in 2008, United Airlines didn’t even have to go as far as beating up a passenger to find the company’s reputation in the dust. From the window of his United flight, Canadian country singer David Carroll watched airline workers carelessly tossing his guitar case around with a pile of other luggage. When he collected his baggage after the flight, the Taylor guitar worth USD $3,500 was no longer playable. Carrol spent a year trying and failing to get United’s customer service department to compensate him for the damage. Finally, the singer went to the internet with a music video titled ‘United Breaks Guitars’ that garnered nine million views. By the time United Airlines took his complaint seriously, revenue losses due the scandal had totalled much more than it would have cost to take responsibility from the start and replace the guitar.

Lie About Your Product

Plugging your product’s positives is one thing, but promotion that is misleading or false is almost guaranteed to attract negative attention and hurt the company’s reputation. With so many review sites online, customers are communicating more than ever, and if the product or service doesn’t live up to expectations, there won’t be many positive comments. Consumer watchdog groups are also quick to target false advertising and the ensuing scandal can produce negative stories that are hard to live down.

Volkswagen’s ‘Dieselgate’ scandal, in which cars were programmed with a ‘Defeat Device’ allowing them to produce lower emissions during testing conditions, is a classic example of a company caught lying to environmental agencies as well as consumers. The ultimate cost of ‘Dieselgate’ is hard to measure. VW’s stocks dropped by a third immediately after the news broke; the company has invested seven billion USD toward recalling and updating software in the 11 million affected cars and it is still dealing with investigations and fines in numerous countries. It will take years for Volkswagen’s reputation to recover.

If Volkswagen’s scheme seems too complex, remember many companies have achieved the same result with a simple, straightforward lie. In 2005, Listerine began a campaign that claimed their mouthwash was clinically proven to be as affective at fighting tooth decay as dental floss, an assertion that was quickly challenged by a dental floss manufacturer and deemed to be ‘false and misleading’ according to a US judge. Pepsi’s healthy juice brand ‘Naked’ was forced to remove its ‘all natural’ label after a class-action suit highlighted the synthetic ‘vitamin boost’ included in many flavours. Meanwhile in 2013, beef products sold in Tesco and other grocery chains were discovered to contain as much as 29 percent horsemeat!

Use Others’ Misfortune as a Promotional Tool

A trending hashtag is a good way to make your page more visible, but choosing the wrong tag will cause more harm than good. Adding well-wishes for disaster victims or condolences on a celebrity death to a routine publicity post is insensitive and the ensuing negative attention is certain to damage the company’s reputation. Even if you believe your feelings are genuine, in this setting it will appear the business is trying to make a profit from others’ misery and grief.

In 2012, in the wake of Hurricane Sandy, which caused serious damage in the north-eastern US, the clothing line Gap used the ‘#Sandy’ hashtag to send positive wishes to hurricane victims, as well as advertising the store’s online shopping site. As negative shares and reposts began to mount, the tweet was quickly deleted, but with no apology or explanation that might have helped to diffuse the situation. In 2016, Cheerio’s cereal posted a tweet honouring the death of music legend Prince, with a strategically placed cheerio over the ‘I’ and a hashtag reference ‘#Prince’. This tweet was deleted within a few minutes, but not before it had been remarked on by observant internet users and captured in a screenshot. 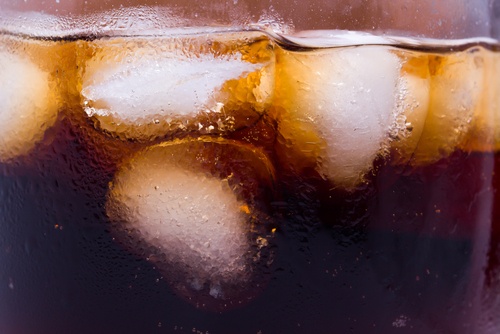 Using your business to champion a political viewpoint or a cause you feel strongly about is another quick shortcut to bad publicity. A few likeminded people may applaud your position, but many more will disagree with your viewpoint or with how you handled the issue. You’ll quickly find yourself trying to explain far more complex problems than why your product is good for customers.

In today’s polarised climate, ad campaigns that deal with political issues can generate negative reactions. Pepsi’s commercial starring Kendall Jenner and featuring a parody of Black Lives Matter protests in the US went famously awry earlier this year, forcing the company to pull the ad in response to allegations of racism and trivialisation of serious issues. Coke’s recent ad related to Saudi Arabia’s lifting of a ban on women driving has also received mixed reviews, since it highlights an important development in women’s rights, while placing a coke bottle front and centre throughout the video. When the goal is product promotion, there’s simply no way to mix in a larger message without appearing insensitive.

Today, almost every company has a social media page, but that may not be enough. A genuine Twitter or Facebook profile requires followers and real-life interaction to be authentic. Post a regular stream of brand-generated material with no regard to who’s reading or following, and you’re certain to project a ‘profit-first’ image that will make customers question whether you really have their best interests at heart.

Toyota made this mistake in 2012. In this case, the company didn’t stop with generic posts, but went as far as to generate automated spam replies to anyone using the ‘#CamryEffect’ hashtag. Several company’s Twitter accounts were quickly suspended and Toyota was forced to apologise to ‘anyone who received an unwanted reply over the last few days’. Spamming customers is not a substitute for social media interaction. 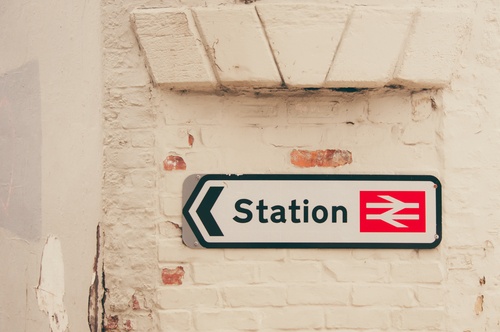 Don’t Think Through a PR Campaign

Bad PR ideas are surprisingly common and they can do a lot of reputation damage quickly. When qualified professionals fail to see the consequences of their ideas, the resulting self-generated negative publicity can be even more targeted and damaging than a traditional scandal.

There are a lot of ways a PR campaign can backfire, whether it’s by spamming customers with anonymous messages like Toyota, or trying too hard to interact with customers and creating a platform tailor-made for critics to express their grievances. In 2016, South West Trains (the rail franchise taken over by South Western Railway in 2017) launched a celebration of the company’s 20th anniversary by inviting customers to share stories of their years riding on South West Trains using the hashtag #SWT20. The responses weren’t the positive memories PR planners had been hoping for; instead they focused on delays, overcrowding and cancelled trains, and served to cement the company’s already failing reputation. 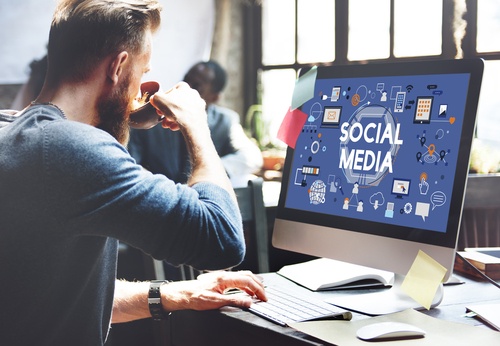 A big organisation means a lot of employees, each one with the ability to damage the company’s reputation through an ill-advised post. It’s important to ensure that official company content is written and vetted by a qualified team, while a companywide social media policy needs to include enforceable rules to regulate employees’ personal posting on business related activities. Not worrying about what employees upload to social media is sure to result in some damaging material that will hurt the company name.

In 2013, a Burger King worker in Japan posted a photo of himself lounging on a large pile of buns on Twitter, and the image promptly went viral. The company later clarified that the buns were ‘waste materials’ due to be discarded because of an order mistake; however, the employee was reprimanded and scheduled for retraining. It wasn’t the worst employee-related scandal to hit the fast food industry. In 2009, Domino Pizza workers faced criminal charges in the US after they uploaded videos of themselves contaminating customer food.

A company’s response can often dictate whether a reputation issue will be an isolated incident or an ongoing systemic problem. In a culture of transparency, CEOs will accept responsibility for mistakes and let the public know they have taken steps to ensure this type of situation doesn’t happen again. In the court of public opinion, this matters; it’s much easier to maintain an overall appearance of integrity when mistakes are honestly acknowledged and dealt with so that the same allegations don’t resurface several years later. An ongoing saga of scandals, followed by lies, misrepresentations and insincere apologies on the part of the company, has the potential to wreck even the most resilient reputation.

Uber’s meteoric rise, fuelled by an urgent need for cheap, reliable transport, has made the company seem almost invincible to reputation damage. Uber has survived ongoing accusations about driver pay and unstainable pricing, but the massive scandals of the past few years have finally forced the resignation of CEO Travis Kalanick, and the company is in dire need of a PR overhaul.

Kalanick survived backlash from a sexist joke and accusations that the company spied on competitors and users in 2014. However, by December 2016 privacy issues continued to dog his organisation, with court testimony proving that Uber software was regularly used to track celebrities. Early 2017 saw a renewal of the sexual harassment allegations that revealed an internal ‘bro culture’ rife with sexism at almost every level, while in March 2017 a video surfaced showing Kalanick yelling at his own driver. To top it off, the company is facing a lawsuit that alleges it stole self-driving technology, as well as several legal challenges regarding its failure to get proper permits in some cities. Uber’s meltdown shows that even the strongest players are susceptible to an ongoing campaign of self-sabotage.

If you’ve already used one of these methods, either accidentally or intentionally, please don’t hesitate to contact ReputationDefender.

Our experts can help you reverse some of the reputation damage and work on avoiding bad publicity in the future.